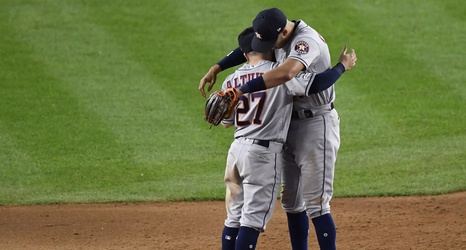 The Astros just won their third straight game in the ALCS, the last two in the contrary confines of Yankees stadium. They took Game 2 by the stingiest of margins, 3-2, on an extra inning walk-off homer, they won the second 4-1, and they took tonight’s contest 8-3.

So, in order, a one run win, a three run win, and last night, a five run win.

Any bets that today the Astros win by seven behind Justin Verlander?

The difference between last night’s game and the previous two was that tonight the Astros had men on base when they hit their dingers.