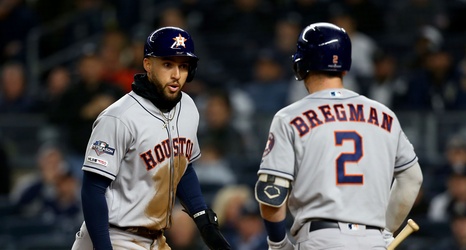 The 2019 Silver Slugger Awards were announced on Thursday, and three current Astros came away with some hardware. George Springer, Alex Bregman and Zack Greinke all won the award, which is voted on by managers and coaches and is given to the best offensive player at each position in each league.

Greinke, of course, took home the National League award for pitchers, as there is no American League award at the position. In 24 games with the Diamondbacks prior to being traded to the Astros, Greinke hit .