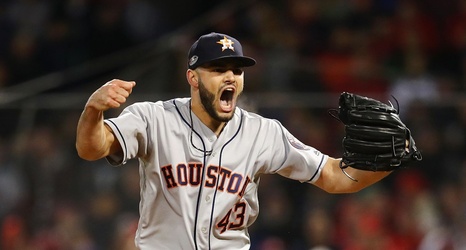 Back in August of 2018, McCullers was diagnosed with a torn UCL (ulnar collateral ligament). But he decided to do some rehab, finish out the 2018 season, and pitch in the playoffs for the Astros. McCullars finished his rehab and returned to the team in late September of that year.

Amazingly enough, he pitched three scoreless relief appearances at the end of the regular season and had an ERA of 1.80 in five postseason games out of the bullpen. Following the postseason on Nov. 6, McCullars had reconstructive surgery to repair his elbow.

Now one year later, to the day, McCullers has completed a long and difficult rehabilitation process and is ready to return to the starting rotation for the upcoming season.