Astros News: Houston has made an offer to free agent Hunter Pence 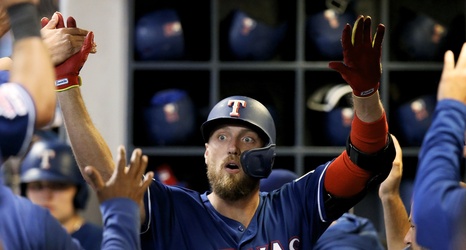 The Astros new regime of GM James Click and manager Dusty Baker aren’t wasting any time to make their mark on this team. According to reports, an offer has been made to former Houston outfielder Hunter Pence.

The 36-year-old is certainly no stranger to fans of the Astros. Houston drafted Pence in the 2nd round of the 2004 MLB June Amateur Draft out of the University of Texas, Arlington. Pence made his Major League debut with the Astros in 2007 and was a fixture in their outfield until he was traded to the Philadelphia Phillies late in the 2011 season for four Minor League prospects.