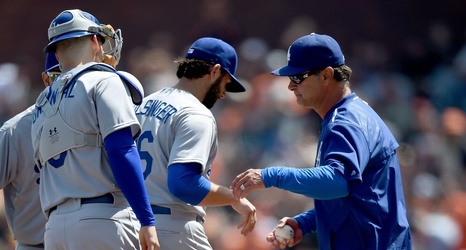 Players, and fans alike, have been calling for everything from lifetime bans to giving up the Astros World Series Trophy as punishment for their sign-stealing ways. But this one takes the cake. Mike Bolsinger, a pitcher with a struggling career at best, is laying the blame on the Astros for his career in the Majors going south.

Bolsinger has filed a civil lawsuit against the Houston Astros through the Los Angeles Superior Court. He is seeking unspecified damages along with a monetary punishment to the tune of about $31 million. That amount just so happens to be equal to the bonuses awarded the Astros for taking the title in 2017.