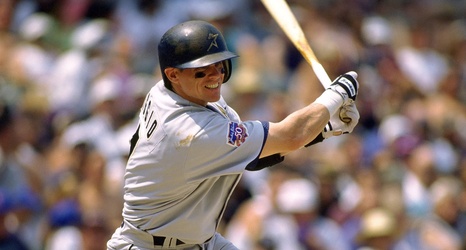 Game 2 of the Astros Dream Draft Tournament was between the Theta Rainbows and the Hatter Colt 45’s, with game held at part-time baseball field and full-time mosquito habitat Colt Stadium.

The Colt 45’s wasted no time in striking first. Craig Biggio led off the bottom of the first with a walk, stole second, advanced to third on a ground out, then came around to score on a Dickie Thon single. It would be the only run they’d muster that inning, although they left two more on base.

The Rainbows immediately tied things back up, though, when Rusty Staub hit a one-out solo home run the next inning.