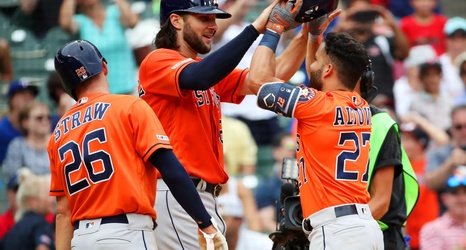 After losing the first two games in this series, today the Astros were cooking up a hot, tasty dish called revenge for the boys from South Oklahoma. And just when it seemed finished, then bang, Jose Altuve decided to spice it up with a heaping helping of humiliation just for good measure.

His seventh inning grand slam, the main blow in a seven run inning, buried whatever slim chances the Rangers might have had to make an Astros-like miracle comeback. But wait, then Yuli Gurriel piled on some more of his own with a two run homer, as if to say to the Rangers: “we may have split the series, but you’ll never forget this beat down.