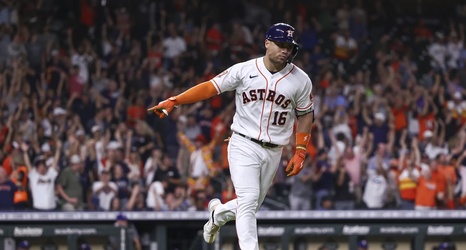 No pitcher ever has never had a bad game.

Against a pitcher who had a streak of nine straight quality starts, the Rangers struck right away against Astros starter Jose Urquidy, eventually breaking his streak of successful starts.

Marcus Semien led off the game with a homer, and in the third, the other Ranger big bat, Corey Seager, hit a two-run homer.

And before the Astros could answer back, the Rangers made the game look like an ensuing romp adding another run in the fourth on a Bubba Thompson RBi single.

And then, in one pitch, it was a game again.