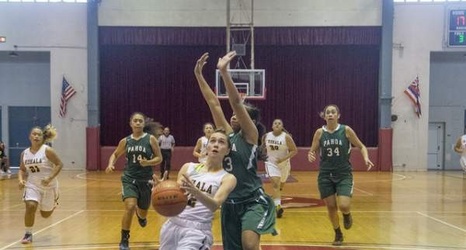 The HHSAA picked an interesting time to have the girls Division II basketball tournament make it initial appearance on the Big Island.

For starters, it’s the first time in four years that a BIIF team wasn’t awarded the top seed. That honor goes to ILH champion Hawaii Baptist.

Then, of course, there is the threat of dengue fever, which prompted the Oahu schools to nix their travel plans to the Big Island during the preseason in December.

After Monday’s emergency declaration, the HHSAA announced that it’s monitoring the situation and the rest of the state is still coming.