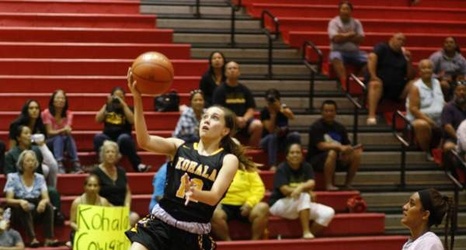 On Thursday in the quarterfinals, the Cowgirls were heartless in one sense: they showed little mercy.

Kohala (9-5), the BIIF runner-up, will be back at Keaau at 5 p.m. Friday to play top-seeded Hawaii Baptist for a spot in the Saturday’s championship match.

If the Cowboys are surprising some around the state, don’t count Harrison among them.