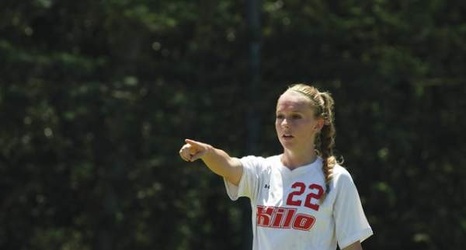 Lindsey Poulsen arrived from Los Gatos, Calif., to play soccer at UH-Hilo, where she graduated with an accounting degree in 2014 and a competitive spirit that would help her fight a relentless opponent.

Poulsen, 24, was recently hit with devastating news: she was diagnosed with stage 3 ovarian cancer, which she is battling on Oahu.

For all types of ovarian cancer, the five-year survival rate is 45 percent, according to the website www.cancer.org.

With boyfriend Jonathan James, a former UHH baseball player and 2014 graduate, Poulsen moved to the Bay area for a year for an internship while he pursued a baseball career.