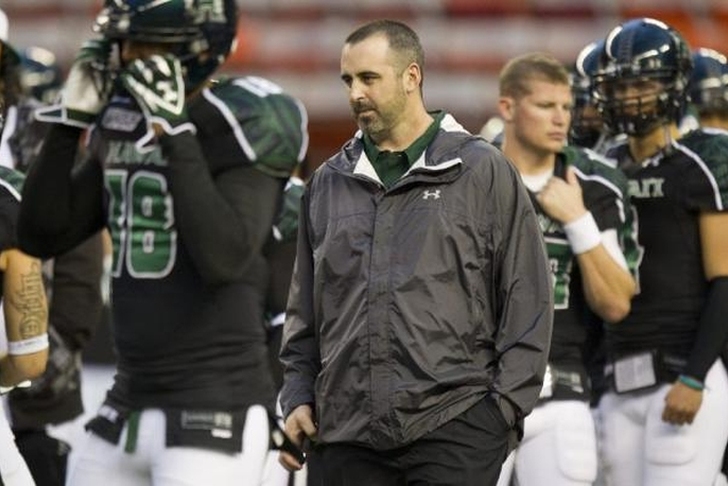 The Hawaii Warriors have hired their next head coach. Nevada offensive coordinator and quarterbacks coach Nick Rolovich is the new lead man, the team announced Friday night. Rolovich played and coached at Hawaii, making it a homecoming of sorts.

"Being raised a Warrior, there is a great sense of excitement and responsibility about bringing back a winning tradition to Hawai'i football," Rolovich said. "I can't wait to get started. I'm honored to be selected to run this program which has made me into the man I am today."

He's the 23rd head coach in Hawaii history. He replaces Norm Chow, who fired in November. Rolovich takes over a team that went 2-10 this season and hasn't posted a winning record since 2010.

Rolovich was a JUCO transfer to the team in 2000. He replaced Timmy Chang as the starter in 2001 and led the team to a bowl game. He briefly played in NFL Europe and in the Arena League.

Rolovich started coaching in 2003, while still playing arena football. He was an assistant with Hawaii from 2003-04, before taking over as QBs coach at City College of San Francisco (where he played his JUCO ball) for two seasons. He returned to Hawaii in 2008, spending two years as the QBs coach before taking over as offensive coordinator for two years. He left for Nevada in 2012, after Chow did not keep him on staff.

At just 36 years old, Rolovich is one of the youngest head coaches in college football.