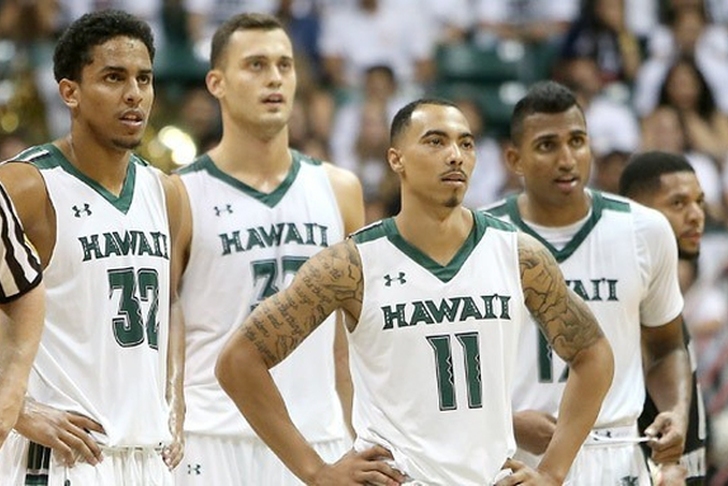 The biggest upset so far in the NCAA Tournament is complete. The No. 13 seeded Hawaii Warriors upset the No. 4 seeded Cal Golden Bears 77-66 Friday. Before Hawaii's win, the lowest ranked seed to win a game was a No. 12 seed.

The win by Hawaii is its first NCAA Tournament win in program history. The Warriors were 0 for 4 entering the game.

Quincy Smith led the way, with 19 points. Roderick Bobbitt and Stefan Jankovic both reached at least 16 points for Hawaii. Both teams had a ton of fouls, with Hawaii racking up 25 and Cal committing 24.

Cal was done in by the loss of PG Tyrone Wallace and forward Jaylen Brown. Wallace broke his hand Wednesday and the team missed his 15.3 points, 4.4 assists and 5.4 rebounds per game. Brown averaged 15 points per game this year, but was just 1 of 6 from the field. He had just four points and turned the ball over seven times before fouling out early.

Jordan Matthews was the game's top scorer, putting up 23 points in a losing effort for Cal.

Hawaii now advances to the Round of 32. They'll face the winner of Maryland and South Dakota State.