Vegas Odds: See Which Games The Packers Are Predicted To Win And Lose In 2016 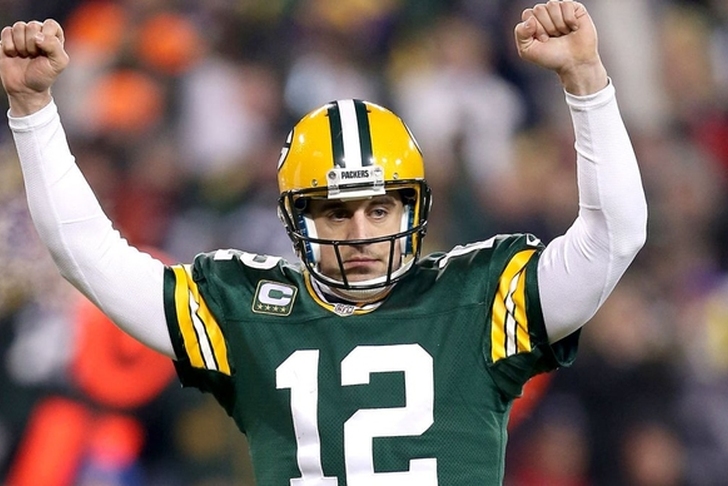 The Vegas odds for the first 16 weeks of the NFL season are out, and it's time to take a look at how Vegas thinks the Green Bay Packers will do in the 2016 season. The Packers made the playoffs once again last year, but Vegas is expecting even better things from them this year.

The odds for Week 17 are not out yet, so that week isn't counted. With that in mind, here are the games the Packers are predicted to win and lose according to Vegas in 2016.

Week 1: at Jacksonville Jaguars
Win by 3.5

Week 8: at Atlanta Falcons
Win by 4

Week 9: vs. Indianapolis Colts
Win by 6

That's right. Vegas has the Packers as underdogs in exactly zero games this year. Even if the Packers lose the pick 'em and Week 17, they're projected to win 14 games. That's home field advantage throughout the playoffs material. The Packers might have a tough time living up to that lofty projection, but Vegas is expecting a big season from the Packers.