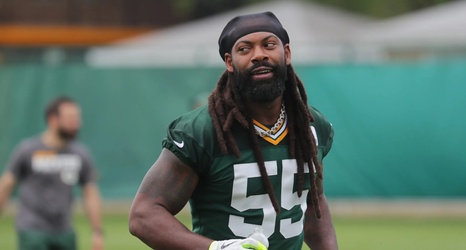 Pass-rusher Za’Darius Smith and safety Will Redmond were activated from the non-football injury list today and participated in the Packers’ closed practice, according to the Milwaukee Journal Sentinel’s Tom Silverstein. Smith (back) and Redmond (foot) were Green Bay’s final two players on the NFI list. With tight end Josiah Deguara being activated off of the physically unable to perform list earlier this month, that leaves left tackle David Bakhtiari as the lone Packer on the league’s injury lists.

Smith, who just yesterday was named the #51 player in the league by the NFL’s Top 100 list, is going to be a critical part of the Packers’ pass-rushing trio alongside Preston Smith and Rashan Gary.