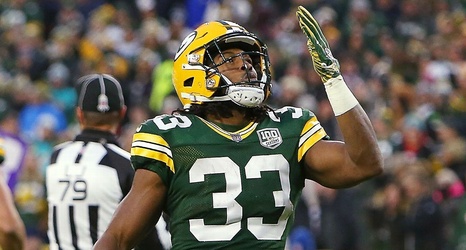 GREEN BAY, Wis. -- Brett Favre spent more than half of his career as the Green Bay Packers’ starting quarterback accompanied by a 1,000-yard running back. In nine of his 16 seasons with the Packers, he shared a backfield with one -- from Edgar Bennett (once) to Dorsey Levens (twice) to Ahman Green (six).

Aaron Rodgers has had that just four times in his 11 seasons as a starter and none since Eddie Lacy in 2014.

That trend could change, even if the Packers don’t sign a free agent such as Le’Veon Bell or spend a high draft on a running back.