Wednesday Walkthroughs: Which Packers defensive player stood out most in week one? 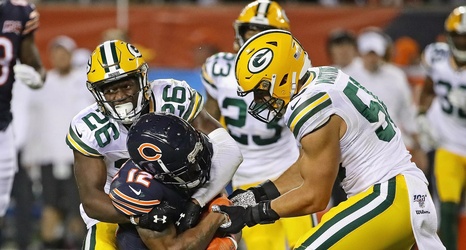 The Green Bay Packers’ defense made a strong statement in week one, holding the Chicago Bears to three points and stifling Matt Nagy’s team throughout the game. Pressure on Mitchell Trubisky was coming at a near-constant rate, while the secondary gave him few open windows to throw into and the linebackers held up well against the run.

But who stood out individually? For this week’s walkthroughs, a handful of APC contributors weigh in on which Packers defender stood out to them the most in last week’s game. If these players continue to perform the way they did in week one, this should be a fun season for Packers fans — and the team may need the defense to continue to keep it up if the offense keeps struggling to find its footing early on in the season.