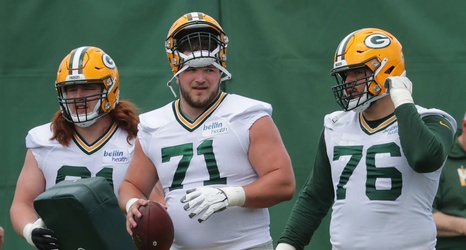 Flexibility has been one of the primary virtues of the Pakcers’ offensive line under Matt LaFleur. Between LaFleur and offensive line coach Adam Stenavich, the team has trotted out some unusual and unexpected configurations over the last two seasons.

But that flexibility has been tempered by stability. Though they Packers have moved pieces around, the core pieces have generally been pretty steady. Elgton Jenkins, David Bakhtiari, Billy Turner, and, until his offseason departure for Los Angeles, Corey Linsley have all played key roles in maintaining that flexibility, filling in for one another when needed.

With Linsley gone and Bakhtiari on the mend, only Jenkins and Turner head into 2021 as stalwart starters on the offensive line.