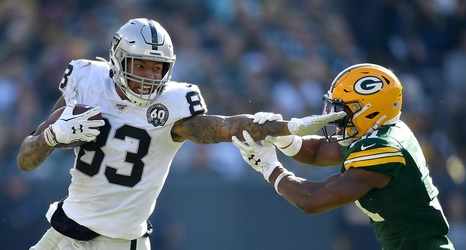 It’s tough to point out issues from a team who just won a game 42-24, but there were two glaring problems with the Green Bay Packers’ performance on Sunday.

The middle of the field was open far too much and the run defense continues to be a nuisance.

Oakland Raiders quarterback Derek Carr was able to feed the ball to tight end Darren Waller far too often, an issue that the Packers were not able to completely correct even in the second half. This is problematic considering Green Bay will he tasked with stopping Travis Kelce Sunday night against the Kansas City Chiefs.