The Packers Should Prioritze an Elgton Jenkins Extension Now 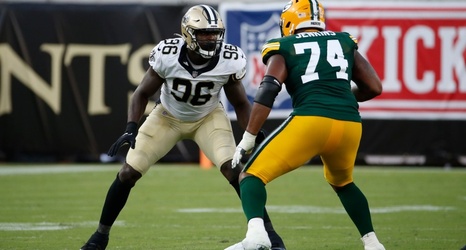 Perhaps the lone bright spot from the Packers embarrassing 38-3 defeat at the hands of the New Orleans Saints was Elgton Jenkins’ performance at left tackle. Per PFF – he was the third highest graded offensive lineman in the NFL, playing out of his preferred position. This likely comes as no surprise to the Packers – who reportedly view Jenkins as one of the best offensive lineman in football. With David Bakhtiari sidelined for at least 6 weeks, the Packers will be able get an extended look at Jenkins at tackle. With that in mind, it would behoove the Packers to consider signing Jenkins to an extension now.