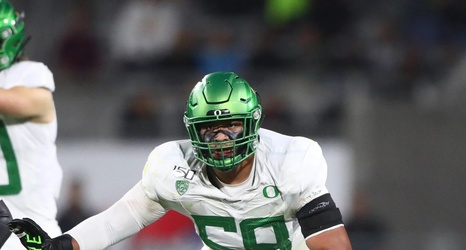 With the third pick in the APC Community Mock Draft, Kyle Shanahan finally got his dream quarterback. Justin Fields in Kyle Shanahan’s offense… that could be the stuff of nightmares for the NFC over the next few years. Now we move on to Shanahan’s former team, the Atlanta Falcons.

Terry Fontenot enters his first draft as GM of the team and could be looking to put his stamp on things with a splashy QB pick. However, the team restructured Matt Ryan’s contract this offseason, which could mean they’re ready to fill holes and maximize the end of their franchise QB’s career.