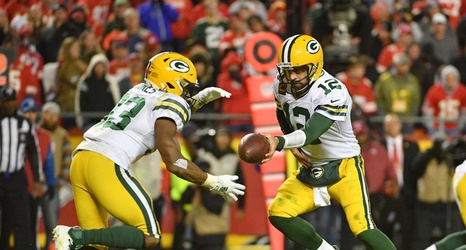 Since the arrival of Aaron Jones in Green Bay, now over two and a half years ago, I’ve posted endless pleas that his talents be put to full use. Upon the firing of Coach Mike McCarthy, it seemed my prayers had been answered. But after last Sunday’s woeful display in Los Angeles, this up and down saga is about to resume.

The temptation to compare the mercurial talents of the Packers’ and Panthers’ lead running backs is irresistible.

Though both entered the league via the 2017 draft, McCaffrey was chosen eighth overall after having an illustrious college career at Stanford.