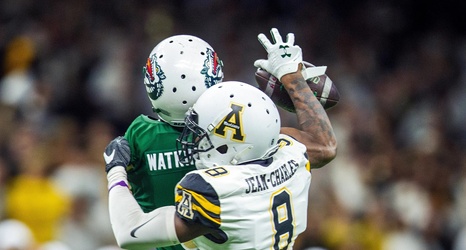 The number is up to give.

The Green Bay Packers drafted nine players in the 2021 NFL Draft, and five of those are now under contract ahead of the start of rookie minicamp on Friday. The latest addition to the list of signees is fifth-round cornerback Shemar Jean-Charles out of Appalachian State University, according to Bill Huber of Sports Illustrated.

Jean-Charles joins fellow fifth-rounder T.J. Slaton, sixth-round picks Cole Van Lanen and Isaiah McDuffie, and seventh-rounder Kylin Hill under contract. Those players were the last five that the team drafted on May 1st, while the team’s first four draft picks have yet to have their signings reported.