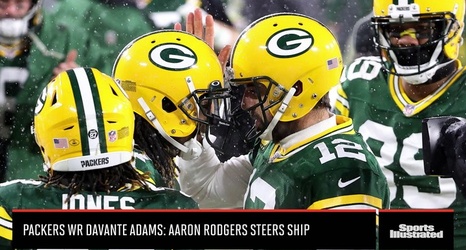 GREEN BAY, Wis. – With veterans due to report to training camp in exactly one week, the plot has thickened between disgruntled quarterback Aaron Rodgers and the Green Bay Packers.

According to ESPN.com’s Adam Schefter, the Packers offered Rodgers a two-year contract extension this offseason that would have tied him to Green Bay for five more seasons and made him the highest-paid player in the NFL.

Rodgers turned down the offer. As Schefter put it, that’s proof Rodgers’ stance is “not about the money.”

Since the extension would be tacked onto his current deal, the two additional years would have to be worth in excess of $45 million annually to make Rodgers the highest-paid player.