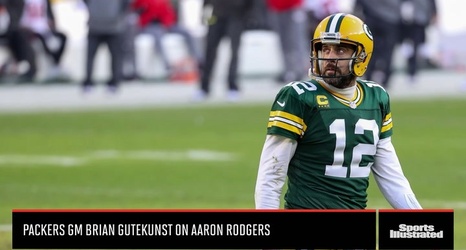 GREEN BAY, Wis. – The first round of the NFL Draft on Thursday night should be about the Green Bay Packers adding the right pieces to finally get back to the Super Bowl.

Instead, Thursday could go down in history as the day the Packers’ long run as Super Bowl contenders crashed and burned.

In a bombshell by ESPN.com’s Adam Schefter, quarterback Aaron Rodgers is so upset with the Packers that he no longer wants to play for the team that he’s led for the past 13 seasons.

In shades of Summer 2008, when the Packers’ brass flew to Mississippi to talk to Brett Favre, Schefter reported that general manager Brian Gutekunst, coach Matt LaFleur and team President Mark Murphy have flown to visit Rodgers.