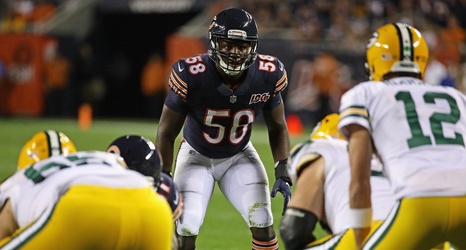 All of a sudden, the Chicago Bears are back in the playoff picture and will arrive at Lambeau Field on Sunday on the back of three straight wins. But the Green Bay Packers won’t have to worry about the impact that star linebacker Roquan Smith could have on the game.

According to the Bears’ official Twitter account, Smith has been placed on injured reserve, meaning his season is over.

Smith has made a great start to his NFL career. In two seasons, he has made 223 tackles, seven sacks, seven quarterback hits, two interceptions, and seven pass defenses.