Packers: Wednesday injury report is encouraging ahead of Week 2 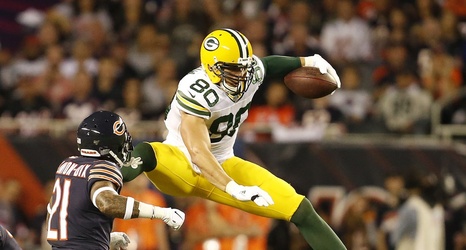 First off, there are three fewer players on this week’s injury report than last week’s. That’s a good start.

Even better news is that only two players didn’t participate in practice on Wednesday. And it’s the same two players who missed last week’s first practice: Oren Burks and Darrius Shepherd.

Six players were limited. But again, there doesn’t appear to be any real reason for concern.

Bryan Bulaga and Tramon Williams missed practice due to veteran rest. Jimmy Graham was limited due to a finger injury, but that was the same last week, and he played the game and caught the only touchdown of the evening.