Packers vs. Washington Matchups: Is Washington’s defense really this bad? 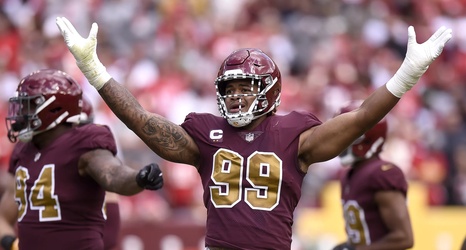 The Green Bay Packers host the Washington Football Team this Sunday, and while the home team is the heavy favorite, it’s surprising to see Ron Rivera’s squad struggling so much defensively.

Washington has given up 423 yards of offense per game through the first six weeks, the second-most yards allowed in the NFL. Their 31.0 points per game allowed are also the most given up, a whole 1.4 points per game more than the Atlanta Falcons, who rank 31st.

Advanced metrics don’t case the Football Team’s defense in a much better light.