Packers vs Lions Matchups: Running game needs to bounce back on Monday night 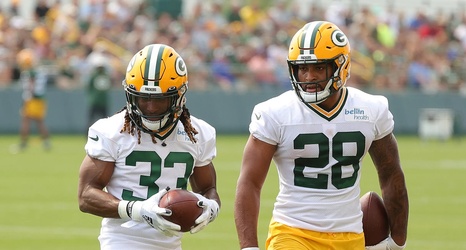 After an abysmal showing all around for the Green Bay Packers in Week 1, the team will be looking for a bounce-back performance on Monday Night Football against the Detroit Lions. Improvement is expected across the board, but if they want to control the game and win decisively in Week 2, then the running game is going to need to play a much bigger factor.

The ground game was almost nonexistent for the Packers in their season opener. The offense was forced into a negative game script almost immediately after three consecutive drives from the New Orleans Saints took up nearly the entire first half and gave them a 17-0 lead.