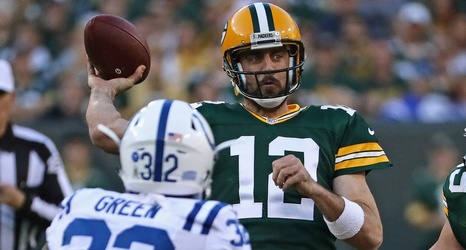 Allen Lazard is in. Kevin King is in as well. It’s practically all hands on deck for the Green Bay Packers today as they take on the Indianapolis Colts at Lucas Oil Stadium.

The 7-2 Packers meet the 6-3 Colts today in a battle of division leaders. Green Bay holds a 2.5-game lead over the Chicago Bears in the NFC North while the Colts sit in a tie with the Tennessee Titans atop the AFC South, holding a head-to-head win and the tiebreaker.