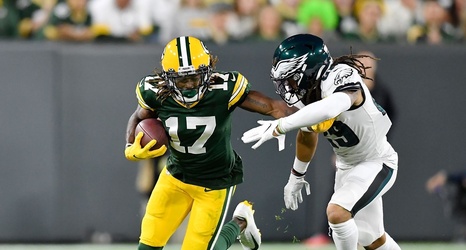 Davante Adams was a first-round pick in fantasy drafts this season, but he hasn’t yet consistently produced the fantasy points many expected.

There are a couple of reasons for that. The first is that Adams missed four games due to injury. The other is that, surprisingly, he’s yet to make a touchdown catch.

Of the six games Adams has played, he’s posted more than 15 PPR points on three occasions, including scores of 28 and 18.