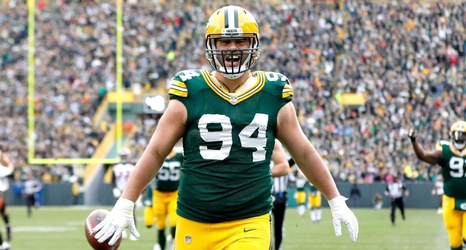 GREEN BAY, Wis. -- The Green Bay Packers had as many as four key defensive contributors who were scheduled to be free agents after this season.

Now, they only have three.

The Packers signed the reliable Dean Lowry to a contract extension, the team announced Tuesday. The fourth-round pick in 2016 was scheduled to make $2.025 million this year in the final season of his rookie deal.

He moved into a full-time starting role midway through the season after injuries plagued the defensive line. Muhammad Wilkerson, Mike Daniels and Kenny Clark all finished the season on IR.