Packers' running back rotation in state of flux; Bucs may regain Vita Vea 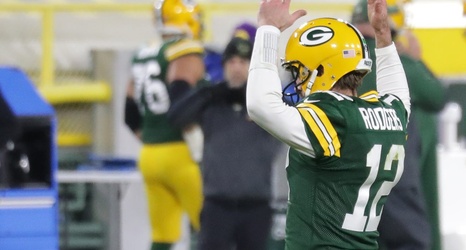 GREEN BAY - Matt LaFleur has long said he believes his Green Bay Packers offense has three starting-caliber running backs, but it took an entire season to see what that might look like on the field.

The Packers rotated Aaron Jones, Jamaal Williams and AJ Dillon as effectively as they have all year in Saturday's 32-18 playoff win against the Los Angeles Rams. Jones led the way with 99 yards on 14 carries, but Williams' workload was close behind at 65 yards on 12 carries. Dillon got six carries for 27 yards in his nine snaps.

It added up to 32 carries for 191 yards for the trio against a stout Rams defensive front.