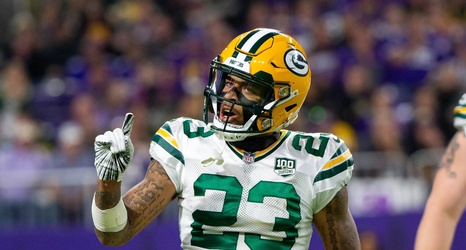 We all knew that Jaire Alexander had a good rookie year. After the Green Bay Packers selected him 18th overall in the 2018 NFL Draft, Alexander went on to play in 13 games, starting 11 of them, and demonstrate why he was worthy of that mid-first-round pick.

Alexander was the team’s most effective corner as a rookie, and he found himself joining Browns rookie Denzel Ward on the PFWA All-Rookie team at cornerback. One interception, 11 pass breakups, a half-sack,and 66 total tackles will get you there.