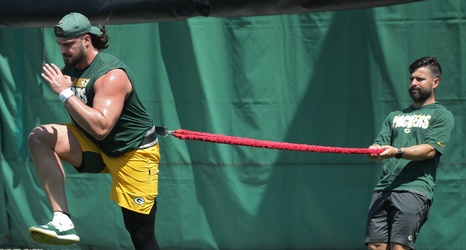 GREEN BAY – Even if David Bakhtiari’s absence from the field to start this season didn’t become official until Tuesday afternoon, it’s an inevitability the Green Bay Packers have prepared to encounter for months.

There was a time midway through training camp, coach Matt LaFleur said, when the Packers hoped Bakhtiari might make a run at returning from the torn ACL in his left knee in time to be included on the team’s initial 53-man roster. It never happened though, and as Tuesday’s deadline for submitting the roster approached, it was clear Bakhtiari would not be activated from the physically unable to perform list.