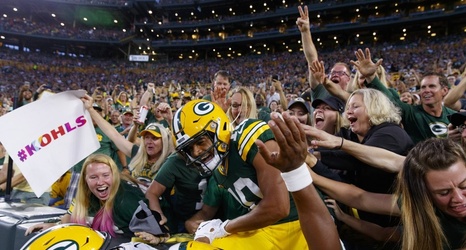 That was Aaron Rodgers biggest takeaway from the Packers 21-16 win over the Vikings in week two. At least for the first quarter, Green Bay’s offense appeared to be unstoppable. Head coach Matt LaFleur was dialed in on his play-calling as the team jumped out to an early 21-0 lead. Air or pass, Minnesota had no answer.

Unfortunately, it was short-lived as Minnesota shutout the Packers for the final three quarters. After the game, Rodgers gave Mike Zimmer his due for being a “great coach” and making in-game adjustments to offset Green Bay’s hot start.