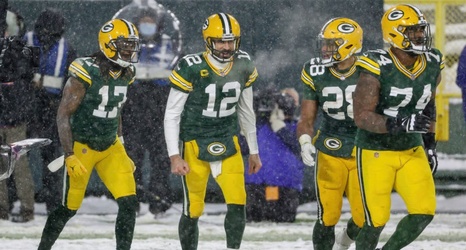 Along with having a dominant offensive line in front of him, a group that ranked second by Pro Football Focus for 2020, he also had good weapons around him.

Entering the 2021 season, ESPN’s Bill Barnwell has ranked every team’s offensive weapons, with the Packers coming in at No.