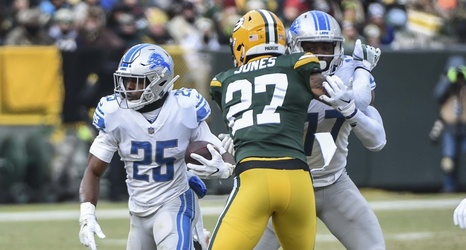 It was shocking to see Daniels name on the waiver wire. But one day after Dean Lowry got a new deal, essentially paying him starting money at the five technique, something had to give.

That something was Daniels, who was cut, then promptly turned around and signed a nine-million dollar deal with the Detroit Lions. It's a good move for Detroit. If healthy, Daniels will be a solid interior pass rusher. He's tough and he's a great leader.

But his addition also forced the Lions to make a move of their own, cutting long-time running back Theo Riddick to make room for their new addition.