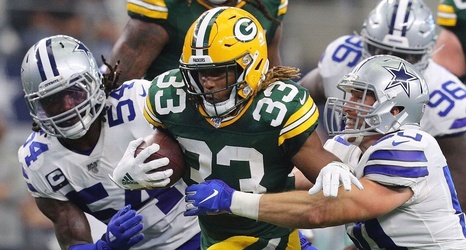 ARLINGTON, Texas -- Aaron Jones thought he could match Ezekiel Elliott yard for yard if the Green Bay Packers needed it.

He never said anything about touchdowns.

Without receiver Davante Adams (sidelined with turf toe) and backup running back Jamaal Williams, the Packers put together a game plan that featured Jones.