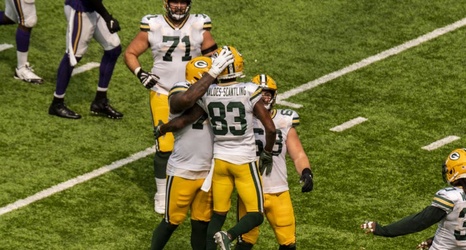 The Packers are up to fifth in FanSided’s Week 2 power rankings.

The Green Bay Packers made the perfect start to the regular season, defeating the rival-Minnesota Vikings in their own stadium.

The Packers made a statement with their performance, reminding everyone that they are still one of the best teams in the NFC.

Matt Verderame of FanSided has put together his Week 2 NFL power rankings, and the Packers move up into fifth spot after their impressive victory.

As Verderame writes, Aaron Rodgers was simply dominant in the season opener:

“Aaron Rodgers looks furious, the Packers look very good, and the NFC North looks like a damn tough hill for the other three teams.