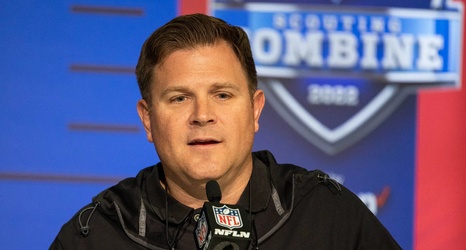 On Monday, Green Bay Packers general manager Brian Gutekunst met with the local media for his pre-draft media availability. The topic of the day was the same as it has been since the moment Davante Adams was traded to the Las Vegas Raiders: wide receivers.

First, Gutekunst was asked about veteran wide receivers, starting with the signing of Sammy Watkins. On Watkins, the former first-round pick who has started 91 career NFL games, Gutekunst stated, “He’s got some juice still left in him.” Near the end of his media availability, while answering a question about how new receivers will have to adjust to the offense, Gutekunst pushed back about including Watkins in the group, which made it sound like there’s a chance for him to be an early-season contributor depending on how the receiver room shakes out.