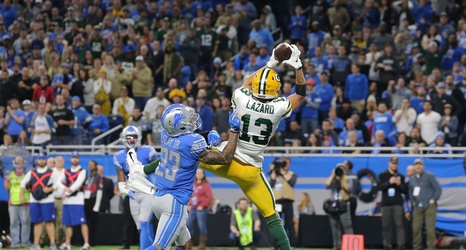 Despite impressing throughout the preseason, Allen Lazard failed to make the Packers’ initial 53-man roster in September. By the end of the season, he was the team’s number two wide receiver behind Davante Adams.

It was quite the season for the undrafted free agent. In a year that saw Trevor Davis get traded, Darrius Shepherd released, and the trio of Geronimo Allison, Marquez Valdes-Scantling and Jake Kumerow all failing to make a consistent impact, the Packers needed someone to step up.

That’s exactly what Lazard did.