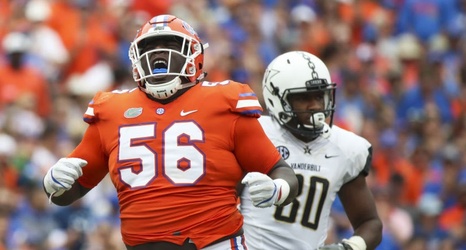 It’s all about upside in the later rounds of the draft. The Green Bay Packers had two selections in the fifth round, selecting defensive tackle Tedarrell Slaton and cornerback Shemar Jean-Charles with their two picks.

Slaton will give the Packers more depth along the defensive line, some help for Kenny Clark, while Jean-Charles will provide some competition at cornerback, which again, the Packers needed.

Green Bay continues to put together a solid draft class.

There’s no doubt the Packers needed to add some more depth along the defensive line.