Packers’ Defense Is Weak Against the Run – by Design 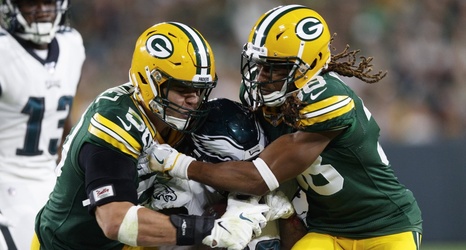 Halfway through his second year in Green Bay, Defensive Coordinator Mike Pettine has a personnel problem he’s yet to solve: it’s the inside linebacker position opposite Blake Martinez.

Before going any further, we need to acknowledge that Pettine has a core defensive principle: it’s better to give up yardage on the ground than through the air. He’s plainly stated this many times. The primary reason the Packers have been gouged so much by opposing running backs this year is simply because the Packers choose to man the second ILB position with defensive backs, rather than run-stoppers.

To date Pettine’s strategy – though at times ugly – has worked out well.