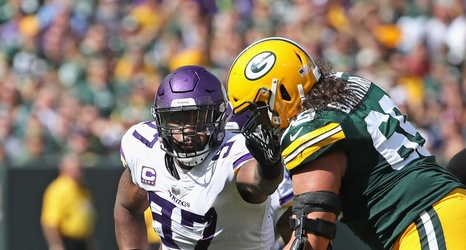 David Bakhtiari was on the injury report this week with a back injury, but he won’t miss the game.

The Packers announced their inactives for Sunday’s game. While Bakhtiari is active, backup offensive lineman Alex Light is also active for the game, providing cover. He’d likely fill in at left tackle if Bakhtiari had to exit the game.

Starting linebacker Oren Burks remains out of this game. On offense, guards Cole Madison and Lucas Patrick, running back Dexter Williams, and wide receiver Darrius Shepherd are inactive. On defense, they will be without Burks, cornerback Ka’Dar Hollman, and defensive lineman Kingsley Keke.