Packers close to full strength in season opener vs. Bears 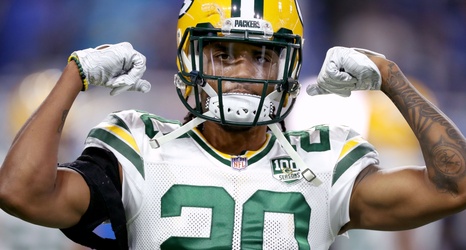 Despite the Packers‘ long injury report, only two players have been ruled out of Thursday’s game against the Bears: linebacker Oren Burks and wide receiver Darrius Shepherd.

Neither comes as a surprise. Burks has been out since the preseason opener and was always expected to miss the start of the season. Shepherd is sidelined with a hamstring injury, and the decision to promote receiver Allen Lazard to the 53-man roster earlier this week was a sign Shepherd might not be ready to go in Week 1.

The only other player who could miss the game is rookie cornerback Ka’Dar Hollman, who is questionable with a neck injury.