Packers close out preseason with 27-20 win over visiting Chiefs 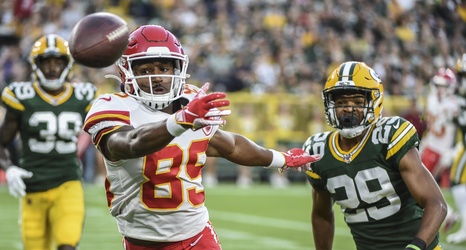 Of course, there were some bumps and bruises along the way. Linebackers Oren Burks and Curtis Bolton dropped out of their respective contests with injuries, rookie tight end Jace Sternberger wasn't able to see the field until Thursday night's finale -- in which he left with another injury -- and a multitude of players were held out of practice along the way.

But for now, the focus shifts to the Chicago Bears for next week's regular-season opener. That can't officially happen, however, until we dive into the 27-20 win over the Kansas City Chiefs and break down some of the good and some of the bad that transpired at Lambeau Field.