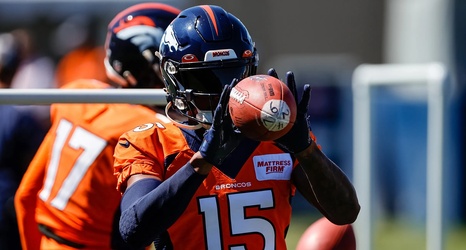 On Wednesday, per Field Yates of ESPN, the Green Bay Packers were awarded receiver Travis Fulgham via a successful waiver claim. The Packers had an extra roster spot on their 85-man roster following the release of special teams contributor/receiver Malik Taylor, who they waived earlier in the day with an injury designation.

Fulgham was originally drafted by the Detroit Lions in the sixth round of the 2021 draft, leading to 63 offensive snaps and 26 special teams snaps for the team over his rookie season. When he was waived in 2020 by the team, the Packers picked him up for a nine-day stretch in August.