Packers can still get playmaking receiver in second round 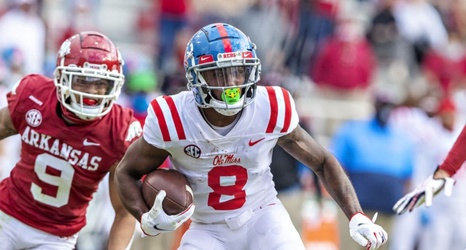 The first day of the NFL Draft was nothing short of headlines, rumors and anxiety surrounding the Green Bay Packers. When ESPN’s Adam Schefter reported hours before the first pick was made on Thursday that Aaron Rodgers wanted out of Green Bay it made everyone in Wisconsin stop in disbelief when they heard the news.

The reports immediately changed the predictions for some as to whether the Packers would select a wide receiver to make Rodgers happy and want to stay. However, when looking back to last season’s NFC Championship game it wasn’t a lack of pass catchers that proved to be Green Bay’s downfall, it was the cornerback position.