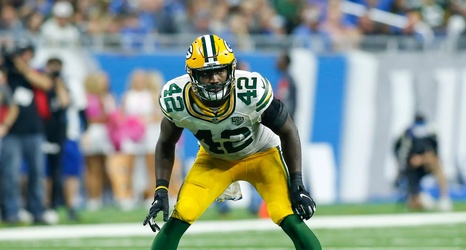 The 2019 NFL regular season will kick off in less than 90 minutes, and the Green Bay will have most of the expected players at their disposal. Inside linebacker Oren Burks and rookie wide receiver Darrius Shepherd, both of which the team ruled out earlier in the week, headline the inactive list.

Burks hasn’t played or practiced since hurting a pectoral muscle during the Packers’ preseason opener against the Houston Texans. Though the injury will keep him out early in the season, Green Bay expects Burks to return later in the year.